Finding a female artist in a history of art book is harder than finding a good argument in a flat-earth convention. Luckily for Muchachico, he is a man, a man of the arts. You might not know his name, but you can see his paintings in every single dentist office in Brixton.

Artcoholic tells the story of Muchachico, a Spanish artist whose only desire is to become the greatest artist of his generation, and the many obstacles he faces, from the arbitrary nature of the art industry to his own lack of real talent.

Muchachico will paint live on stage every day of fringe, like a drag king Bob Ross that talks about gender, self-awareness and bad art. Occasionally he also dresses as a girl called Isa Bonachera. Isa is a Sketch Off! 2018 runner-up, a Man Up! 2018 finalist, a Max Turner Prize 2018 finalist, a Leicester Square Comedian of the Year 2017 finalist, and a Funny Women one to watch 2017. She has also been nominated for the BBC New Comedian Award 2018. Isa runs Tit for Tat at the Rosemary Branch, a monthly comedy and cabaret night at the Rosemary Branch. 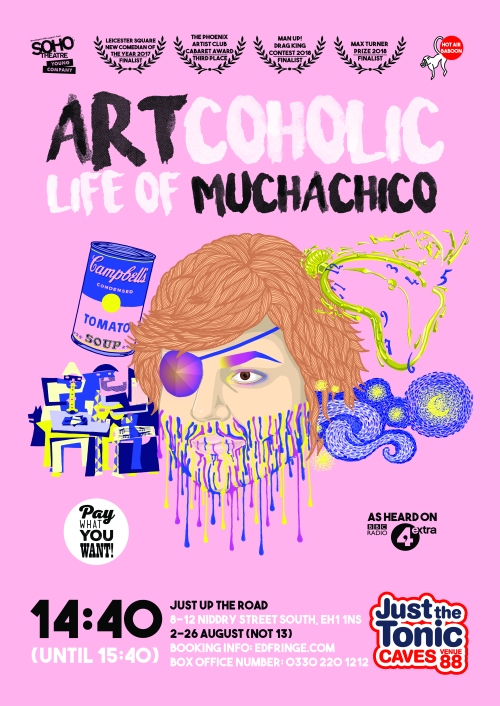 These are some images from the Man Up! final: 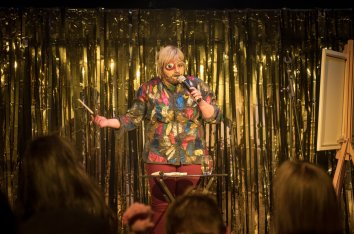 Here is a taster of what you can see: