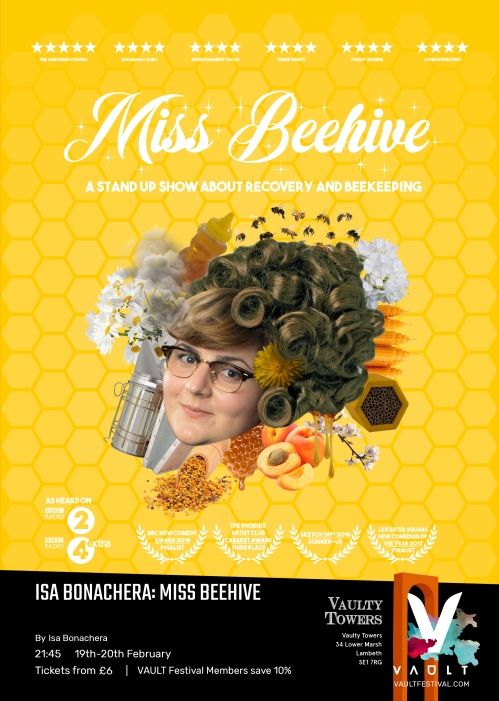 An off-the-wall stand-up experience about the joy of beekeeping as a distraction while we survive in the wreckage of the world.

This show was scheduled to be performed at multiple festivals leading to a run at the Edinburgh Fringe, but all performances were cancelled due to Covid-19. The show included a number of jokes about ecocyde and epidemics, so it was no longer fun to perform after the pandemic! 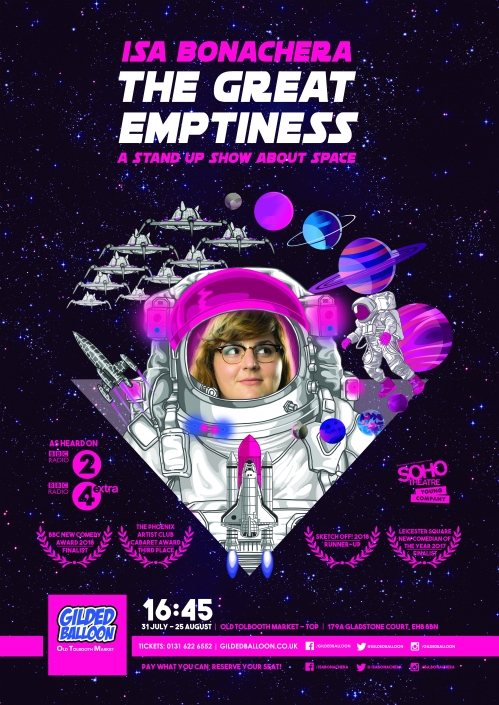 If you want become an astronaut, the probability of you getting the job is 0.0007%. That didn’t stop Isa from spending most of her life trying. Did she get any closer?

BBC New Comedy Award finalist Isa Bonachera will take you on a tour of the cosmos and her broken dreams.

This is some of the praise that this show received: 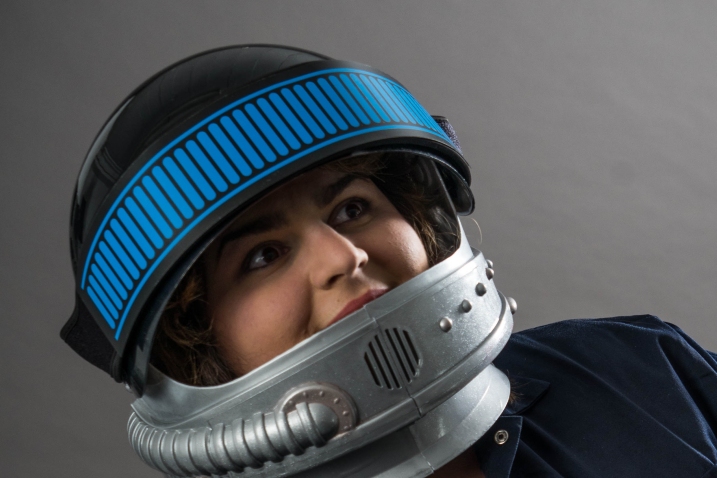 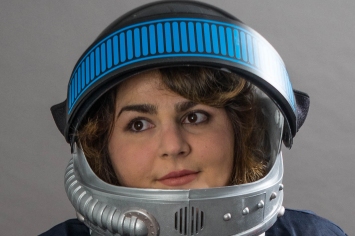 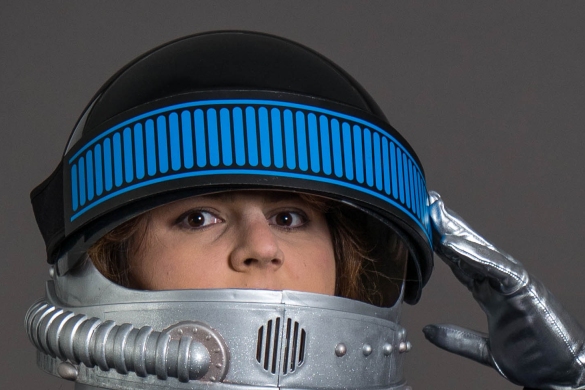 Finding a female artist in a history of art book is harder than finding a good argument in a flat-earth convention. Luckily for Muchachico, he is a man, a man of the arts. You might not know his name, but you can see his paintings in every single dentist office in Brixton.

Artcoholic tells the story of Muchachico, a Spanish artist whose only desire is to become the greatest artist of his generation, and the many obstacles he faces, from the arbitrary nature of the art industry to his own lack of real talent.

Muchachico will paint live on stage every day of fringe, like a drag king Bob Ross that talks about gender, self-awareness and bad art. Occasionally he also dresses as a girl called Isa Bonachera. 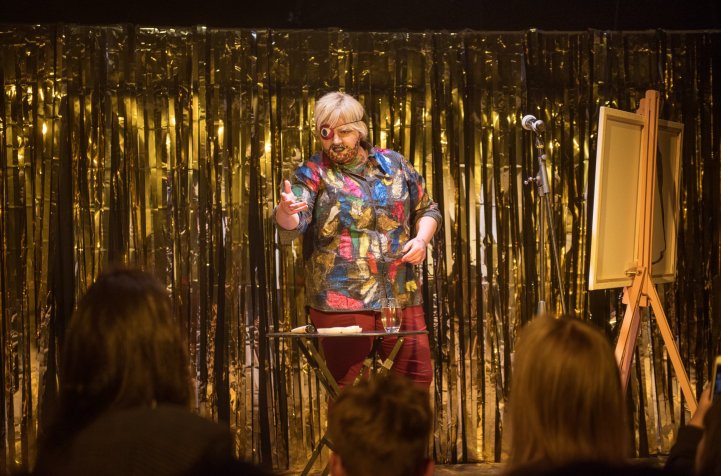 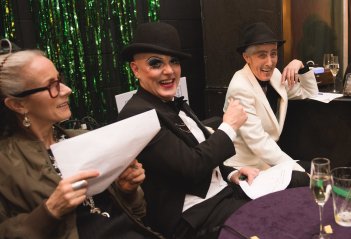 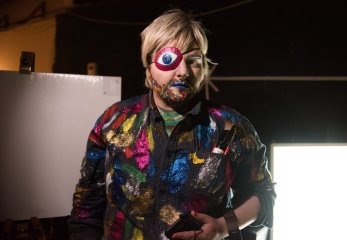 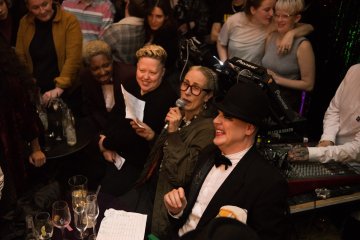 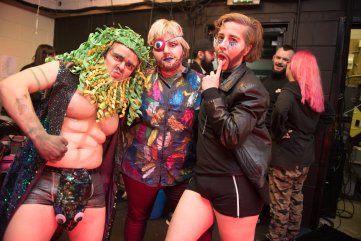 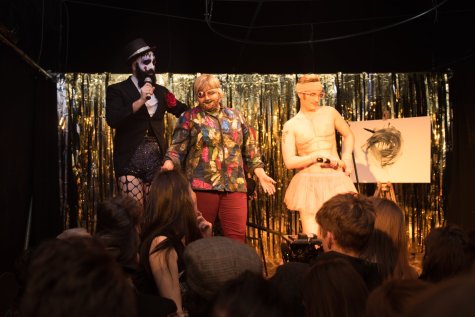 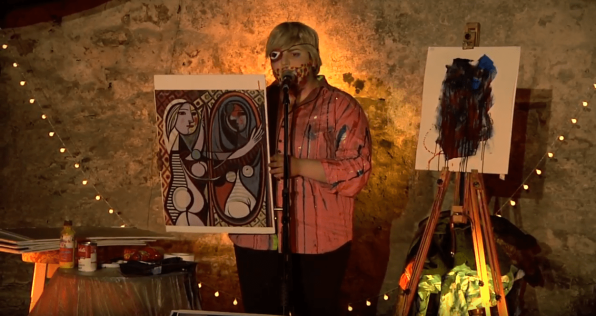 Are you prepared for an hour of hys-queeria and comedy aplenty?

A sketch show on steroids by the irreverent Isa Bonachera and the irrelevant Dan Wye, finalists of Sketch Off! 2018.

Hyper-energetic micro-sketches that utilise every weapon in the comedy arsenal. You will laugh so hard the jiggle of your collective winter fat will cause a seismic tremor destroying the inner city. Your grandchildren will ask where you were when Agenda Benders performed at the Fringe: don’t disappoint them. 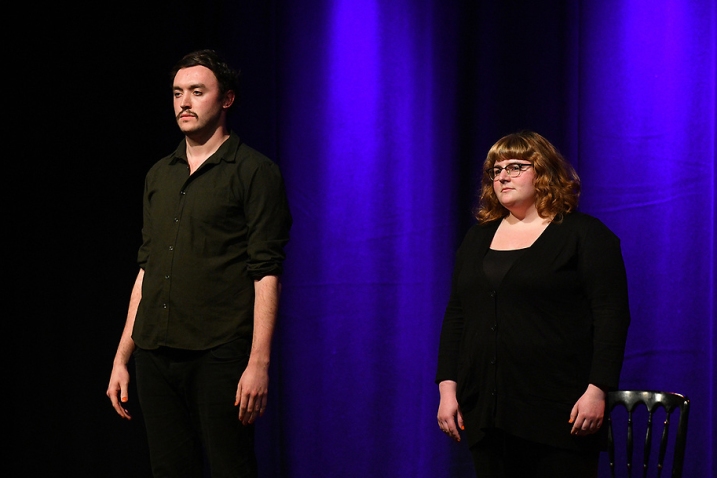 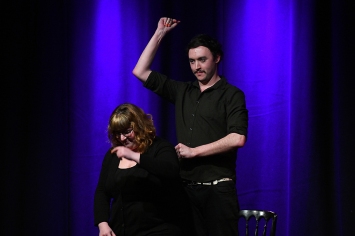 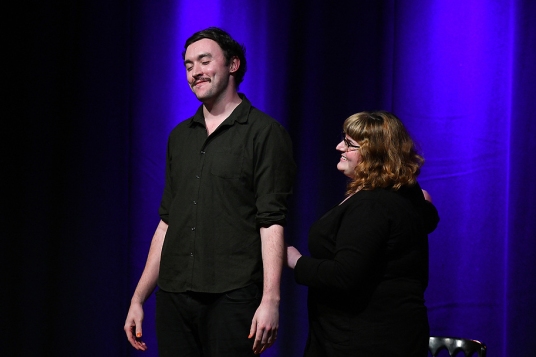 Wow! is a stand up show about the upside of quitting and the importance of irreverence. Some months ago failed scientist Isa Bonachera decided to quit her PhD in Physics at Cambridge to pursue her passion of not being miserable doing a PhD in Physics at Cambridge.
In her debut Edinburgh show, Isa will explore the absurdity of everything to prove that there is no reason why we should endure shitty situations. Isa find humour in unemployment, loneliness, and broken dreams. 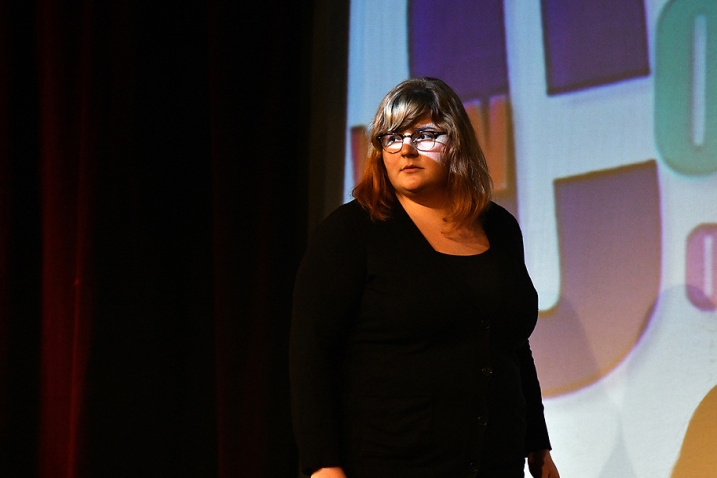 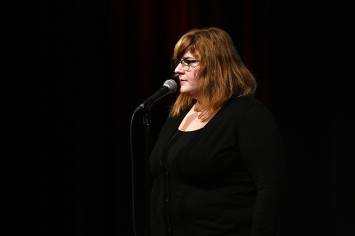 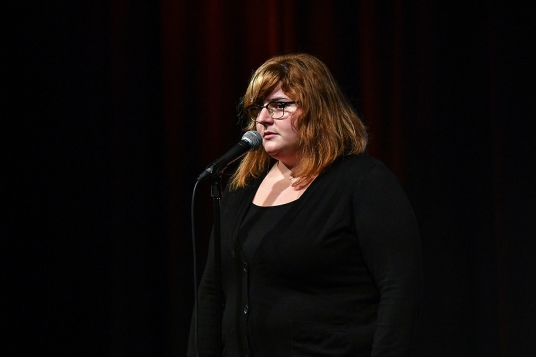